At the heart of a recent Supreme Court decision is a fraud statute, §1346, enacted by Congress to target situations in which someone in a position of power accepts a bribe or kickback to take some action in favor of the individual, company or government agency for which the agent is acting. The statute specifically targets "a scheme or artifice to deprive another of the intangible right of honest services." 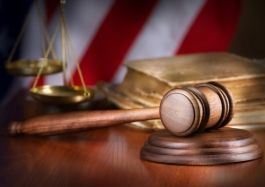 The majority opinion, authored by Justice Ginsberg, found this provision bordered on being unconstitutionally vague. That is, the provision does not give a person of ordinary intelligence any idea of the type of activities that might be criminally charged under the statute.

Justice Ginsberg found that the statute could be saved, however, by reading into the statute a requirement that persons who accept bribes or kickbacks in exchange for action may violate the law, as Congress had enacted §1346 in response to the demise of a similar law targeting public corruption and kickbacks in the 1980s. Justice Ginsberg saved the current criminal statute from the chopping block because judges usually attempt to uphold any act of Congress, if at all possible.

The case before the Court involved Jeffrey Skilling, the former leader of Enron, the company that famously imploded due to widespread fraud, taking billions of dollars worth of assets and employee pension plan savings with it. Skilling was indicted and convicted of 19 counts of fraud under §1346.

The Supreme Court remanded Skilling's convictions back to the trial court because there is no evidence in the record to show that Skilling accepted bribes or kickbacks. If the trial court determines on reconsideration that the prosecution failed to present evidence that Skilling accepted a bribe or kickback in exchange for his actions, his convictions under §1346 will be in jeopardy, as according to the Supreme Court's recent decision, acceptance of a bribe or kickback is an essential element of §1346.