By The Law Offices of Jed Silverman
September 10, 2010

In June, the U.S. House of Representatives voted on the FHA Reform Act of 2010. The bill passed overwhelmingly and is up for debate in the Senate. The stated purpose of the act is to "improve the financial safety and soundness of the FHA mortgage insurance program."

However, an amendment added by Rep. Chet Edwards of Texas has some wondering if the bill goes too far. The Edwards amendment specifically states that the FHA may not insure any mortgage unless the person obtaining the mortgage "certifies, under penalty of perjury, that the mortgagor has not been convicted of a sex offense against a minor." 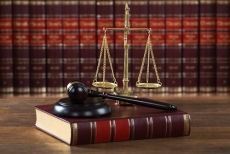 This restriction would add to a current federal prohibition against sex offenders living in Section 8 public housing who are subject to a lifetime reporting requirement for any state. Additionally, there are other state specific restrictions concerning how close sex offenders can live to schools and other locations. While the public deserves some measure of protection, some groups are asking if the legislative actions of federal and state governments need to be scaled back.

A 2007 report by Human Rights Watch (HRW) found that some of these restrictions can do more harm than good. In some cases, the registration requirements designed to protect the public subjected some past offenders to harassment and violence. It also prevents the offender from being integrated back into society and encourages recidivism, making jobs and housing difficult to find.

According to HRW, juvenile and nonviolent, minor offenders should be kept off the registry. HRW also favors individual assessment of offenders, as well as reassessment. Blanket bans on sex offenders living in certain areas should be prohibited; in the most dangerous and serious cases, HRW advocates for strict, tailored conditions of parole.